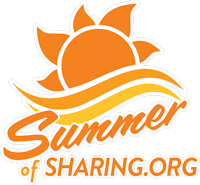 Posted By: George marco (June 20, 2019)
Drew was only 15 when he died from cancer. After several diagnosis attempts and relocation from Plymouth to Charlotte NC in 2017 the misdiagnoses continued 5 more months. They insisted while getting resistance, for a larger scale MRI than was done in MI. Drew’s symptoms slowly grew worse as the months wore on. Scans were not done until Dec 2017, even though they fought for an earlier appointment. Only hours after his head-to-toe MRI, they received the devastating call to return immediately. Drew had metastatic Ewing sarcoma. After a 16 month and painful battle, Drew passed away on April 20, 2019. Drew asked to do two things: Don’t be sad.Celebrate my life and keep my memory alive. Do whatever you can to help find better treatment to ultimately cure this disease. They have created this foundation to raise awareness of this often missdiagnosed child cancer

*Nominees must be a 501(c)(3) organization, associated with an accredited educational institution or a recognized community support organization serving the communities within Community Financial's field of membership. Entries will be reviewed by a panel of Community Financial team members and will be awarded based upon the judges own evaluation and discretion. All decisions of the panel are final.